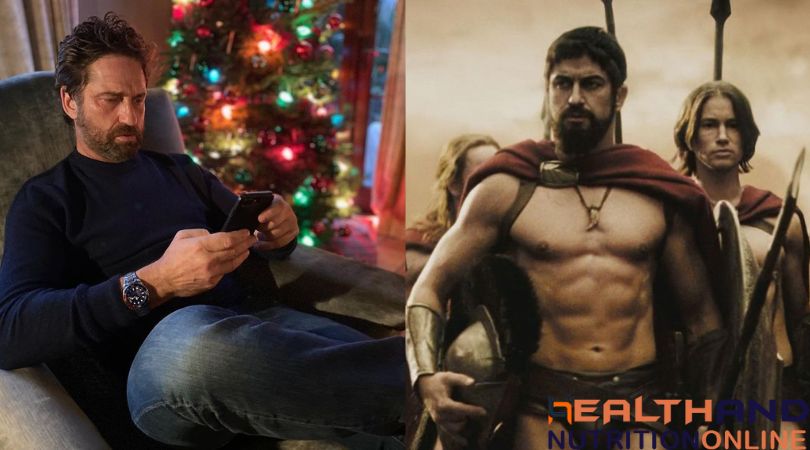 Grab all the details of the Scottish actor and film producer Gerard Butler’s workout routine and diet plan and find out how he managed to get the physique of the Greek gods.

His full name is Gerard James Butler he was born on November 13, 1969, in Paisley, Renfrewshire, Scotland. He is a stunning actor and he has starred in very many different notable films like 300, Olympus Has Fallen, Gods of Egypt, Playing for Keeps, Hunter Killer, London Has Fallen, etc.

Well, as you can see he has a lot of good films he has starred in but the film that brought him worldwide recognition was 300. Besides being an interesting film, but also Gerard Butler’s lean and muscular physique along with other spartan warriors inspired a lot of his fans to get gym memberships.

So within this article, we will be throwing light on everything about Gerard Butler’s workout routine and diet plan that enable him to get the physique of the Greek gods in 300. Just stick around. 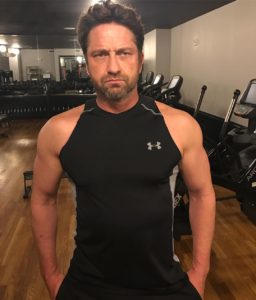 The physique that Butler showed off in 300 was built following a well-structured workout routine, which consisted of mostly functional training, Olympic lifts, and metabolic movements.

All these activities together enabled him to build muscle, improve his cardiovascular conditioning, and helped in increasing his overall athleticism.

When he was preparing for 300 Butler trained under the supervision of celebrity trainer Mark Twight who built him an intense workout program that brought the best out of him. And the results were amazing when Gerard Butler appeared ripped in 300.

Gerard Butler’s workout program mostly focused on keeping his body fat percentage as low as possible to achieve that he had to mix up his exercises with a lot of cardio exercises.

Apart from the usual weight training sessions, Butler and other Spartans in 300 also had to practice fighting and weapons training. And to achieve that they had to incorporate compound movements, lifting, and throwing exercises using equipment like medicine balls, rings, and kettlebells. 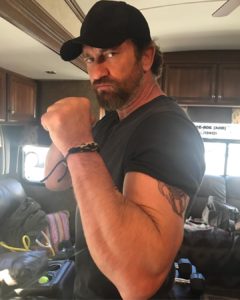 To bring out the real picture of a Spartan king, Gerard had to eat like one. Butler and other Spartans followed a diet plan which consisted of essential nutrients that could help their bodies to build muscle and help in recovery.

Gerard Butler’s diet plan consisted of a higher portion of a protein which helped him put on lean muscle tissue on his body and along with that it had a low to medium portion of carbs and fats.

In order to maintain his lean and muscular physique, Gerard consumed 4 to 5 meals a day. And below is Gerard Butler’s diet plan in detail;

So that’s all we have for you about Gerard Butler’s workout routine and diet plan, and we are sure you’re now pumped and inspired to start working towards achieving your Spartan physique.

Well, the good news is it is very possible to reach your goal if you’re ready to be consistent. But it will be better to structure your own workout and nutrition plan and just use this post as a reference.