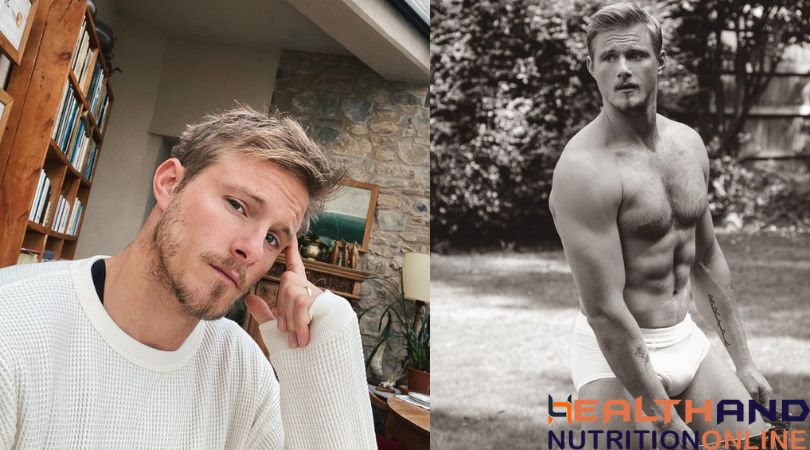 Get all the details of the Canadian Actor and musician Alexander Ludwig’s workout routine and diet plan and learn about the secret that enables him to maintain that stunning Physique.

Alexander Ludwig was born May 7, 1992, in  Vancouver, British Columbia, Canada. He is an amazing actor and he has appeared in many notable films and Television shows like Vikings,  The Seeker: The Dark Is Rising,  Race to Witch Mountain, The Hunger Games, and many more.

Besides his amazing acting career, also Alexander Ludwig’s stunning lean and muscular physique leaves his fans wondering what could his workout routine and diet plan look like.

Well, if you’re one of his fans with this same question then youre on the right post because I will be breaking down all about Alexander Ludwig’s workout routine and diet plan. Just keep reading. 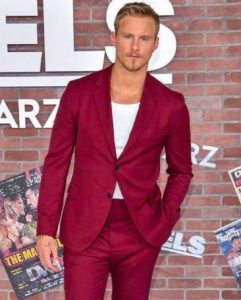 When Alexander Ludwig started his acting career he showed off a lean and muscular physique, but his biggest physical transformation was when he starred in the popular television show called Vikings. This show required the character to have massive muscle mass on his body.

To achieve this goal Alexander had to focus on a training program that enables lean muscle gains, and this included weight training and cardio.

Just like we saw with Chris pine, also Alexander Ludwig’s workout routine keeps on changing depending on the roles he is playing, but the main goal of his workouts has always stayed the same that is gaining muscle mass, getting stronger, and having an athletic body.

Alexander Ludwig’s workout routine is not only all about weight lifting and cardio, some of his film roles require him to go through intense fighting sessions also, these kind of workouts helps him perform his role better and adds some athleticism to his body.

Usually, Alexander works out five days a week and he makes sure to hit each muscle group once a week. He trains his muscle especially the big ones with both compound and isolation exercises.

To keep his body slim and athletic Alexander adds some cardio exercises to his program which he performs for two days and also trains abs during those days.

Here is what Alexander Ludwig’s weekly workout plan looks like;

Monday- Back and Biceps

Before he starts his workout sessions, Alexander prefers jogging 800 meters and this helps him to warm up and keep his cardio endurance in check. 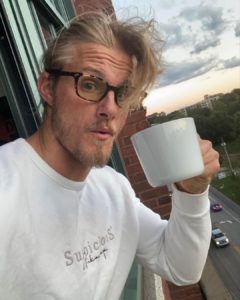 We all know that in order to have a lean and muscular physique our nutrition has to be on point. That is exactly what Alexander does he follows a healthy and nutritious diet to maintain his sexy body.

However, like most film actors their diet plan sometimes depends on what the role he is going to play requires if they are required to put on the size they eat in a caloric surplus and when they need to look slim they cut their calorie intake.

When he was preparing for The Hunger games Alexander had to almost starve himself in order to look lean, but he was eating some food to stay energetic and keep some muscle mass.

And when it came to Vikings Alexander was required to bulk up. He even stated in his own words;

And to achieve that goal he had to eat a lot of food items.

Below is what Alexander Ludwig’s diet plan for a day looks like;

Alexander is very committed to following his diet plan, even when he wants to snack he takes a protein. He tries to avoid Junk food, processed food, refined sugar, empty-calorie foods, chemical ingredients, and artificial additives in his diet plan.

Alexander Ludwig takes the following supplements to fuel his gains;

The above-mentioned supplements help in proving the strength and muscle growth, they also help in avoiding hunger which helps in stopping unhealthy eating.

That’s all I have for you about Alexander Ludwig’s workout routine and diet plan, I assume by now you’re inspired by it and you can’t wait to start on your fitness journey.

But if you want to transform your physique like him you should make some modifications based on this post and make your own workout routine and nutrition plan according to your fitness goal and experience.

When you’re done with that then don’t forget to stay consistent with your workout and nutrition plan because that’s how you will be able to see results.