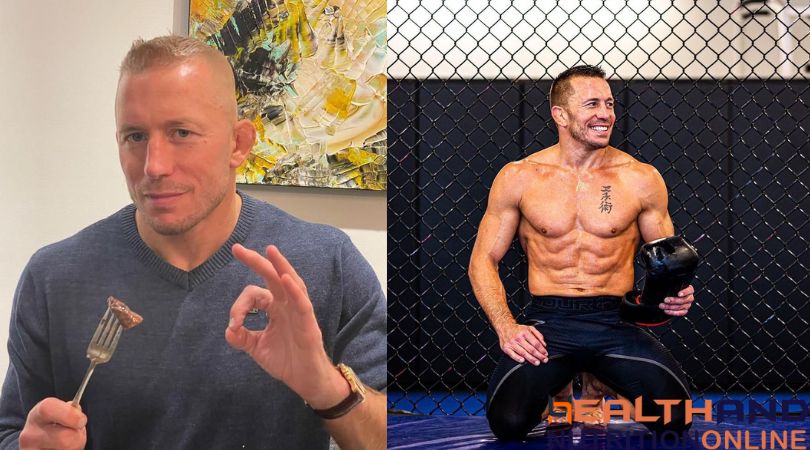 Grab all the details of the Canadian former professional mixed martial artist Georges St. Pierre’s workout routine and diet plan and find out how he keeps his body shredded throughout the year.

Georges St. Pierre also known as GSP was born on May 19, 1981, in Saint-Isidore, Montérégie, Quebec. He has made a name for himself in the Mixed Martial Artist (MMA) industry and he is regarded as one of the greatest fighters in MMA history.

St. Pierre is a three-time Ultimate Fighting Championship(UFC) welterweight champion and in 2008 he was ranked as the number one welterweight in the world by the Sherdog website.

Besides his fighting skills and titles, Georges St. Pierre’s physique is also admired and inspires most of his fans to want to have a physique like his.

Well, today this article will be throwing light on all about George St. Pierre’s workout routine and diet plan that enables him to maintain his lean and muscular physique all year round. Just keep reading.

Accolades: Fighter of the Year, Winner, 2009 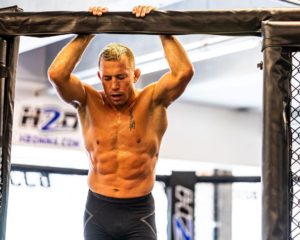 Even after his retirement from MMA, Georges St. Pierre is still maintaining his body in great shape. Working out has always been a very important thing in his lifestyle and he never skips it.

Georges St. Pierre’s workout routine has always been focused on training all his parts of the body, and we think that is how he become one of the best MMA fighters of his generation.

When he was still fighting in MMA, George’s workout plan consisted of weight training and cardio exercises plus fighting training. All these combined made him the best fighter he was.

Since he was a fighter, GSP incorporates fighting sessions into his workout program. He performs boxing, wrestling, jiu-jitsu, and Muay Thai.

GSP works out 6 days a week and he includes a lot of exercises in each of his training sessions. Now let’s have a look at Georges St. Pierre’s workout routine in detail;

Before starting his intense workout sessions, GSP ensures to give his body a proper warm to avoid injuries he also makes it a point to have enough sleep to enable his body to recover from the intense exercises. 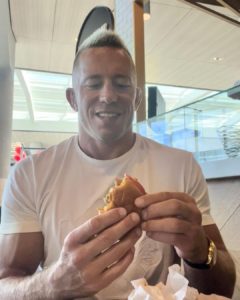 Like they always say the secret of an athlete’s body and performance lies behind his diet plan. And this is the same story with Georges St. Pierre. To ensure that his body gets the best out of his intense workout plan he feeds it with enough healthy and nutritious food items.

To keep his physique lean and toned all year round, GSP focuses on clean eating and counting his macros. This enables him to maintain his weight of around 170 pounds, but during his fighting career he would make sure he loses 15 pounds in just 4 days and he did this by removing carbs and sodium from his diet plan and increasing protein intake and vegetables.

Georges St. Pierre’s diet plan consists of a higher portion of protein, a medium portion of carbs, and a very low portion of fats. He divides his calories into 5 to 6 meals a day.

Below is Georges St. Pierre’s diet plan in detail;

Talking about desserts, GPS prefers eating dessert after his dinner. But he makes sure to make his dessert as healthy and nutritious as possible. He also drinks plenty of water throughout the day to keep his body hydrated.

Well, that’s all we have for you about Georges St. Pierre’s workout and diet plan. And we are sure you’re inspired by it to start on your fitness journey.

But we would advise you not to copy and paste his workout routine and diet plan because GSP has been training for so many years and he understands his body so well.

If you want to follow his workout routine and nutrition plan it would be better for you to make a slight modification and structure your own based on your fitness level and experience.

When you’re able to structure your own workout and nutrition plan remember to stay consistent because that is how you will be able to see the results of your hard work.