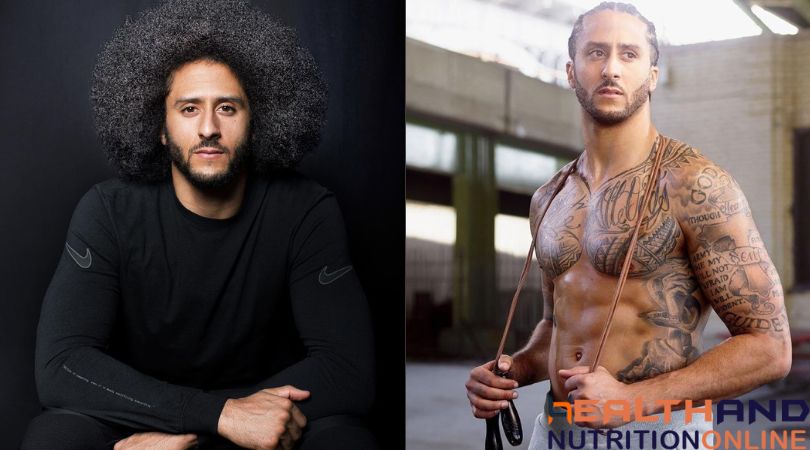 Get all the facts about the American civil rights activist and football quarterback Colin Kaepernick’s workout routine and diet plan and learn about how he maintains his aesthetic and athletic physique.

His full name is Colin Rand Kaepernick he was born on November 3, 1987, in Milwaukee, Wisconsin.  He is an amazing player and his skills have enabled him to be awarded the title of Western Athletic Conference Offensive Player of the Year.

Colin has also played six seasons for the San Francisco 49ers in the NFL in the National Football League (NFL).

Apart from his amazing football career, Colin Kaepernick’s aesthetic and athletic physique is admired by most of his fans and they wonder how he maintains such a physique.

Well, the secret behind his physique is following a well-structured workout and nutrition plan.

So within this post, we will be throwing light on Colin Kaepernick’s workout routine and diet plan. Just keep reading. 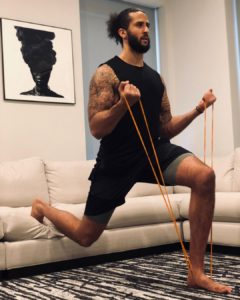 Colin Kaepernick’s workout routine is mainly focused on improving his athletic potential. His training is supervised by a strength and conditioning coach called Ryan Capretta who makes sure they dont leave any stone unturned in training him.

Colin adds different training styles to his workout routine, in order to be able to work on different angles of his physique. This helps him improve his skills and also leaves him in great shape all year round.

Besides being genetically gifted, Colin makes sure he trains very hard to bring out his very best. He works out 6 days a week and usually, his workout sessions extend up to 4 to 5 hours.

When he is on the field Colin mostly focuses on cardio, endurance, and agility using speed ladders and medicine ball laterals toss. Whereas in the gym he mostly works on improving his strength levels. This consists of resistance training performed with machines, free weights, resistance bands, cables, etc.

Before starting on each of his intense workouts Colin makes a point to follow a well-structured warm-up routine. He also makes sure he stretches his body and performs a cool-down routine at the end of his workouts to prevent injuries. 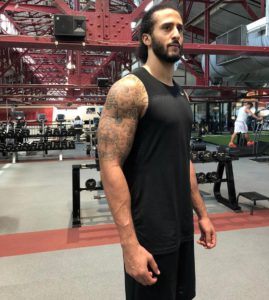 Besides following an intense workout routine, Colin Kaepernick also follows a well-structured and nutritious diet plan. His diet consists of healthy and nutritious food items rich in different nutrients that his body needs to perform better.

In order to feed his body enough calories, Colin eats around 5 to 6 meals a day. His meal plan is structured in a way that allows him to have a meal every after 3 to 4 hours.

Well, that’s all we have for you about Colin Kaepernick’s workout routine and diet plan, we now hope you know the secret behind his lean and toned physique.

If you also want to try out his workout and nutrition plan, make sure you make some modifications first based on your fitness goal and level of experience.

Colin is a professional athlete and he has been in this field for some good years, so if you just copy and paste his workout routine and nutrition plan it might work out well for you as a beginner.

But either way, you can use it as a reference and stay consistent with both your workout and the nutrition plan you come up with and you will proud of the results you will get if you dont give up.