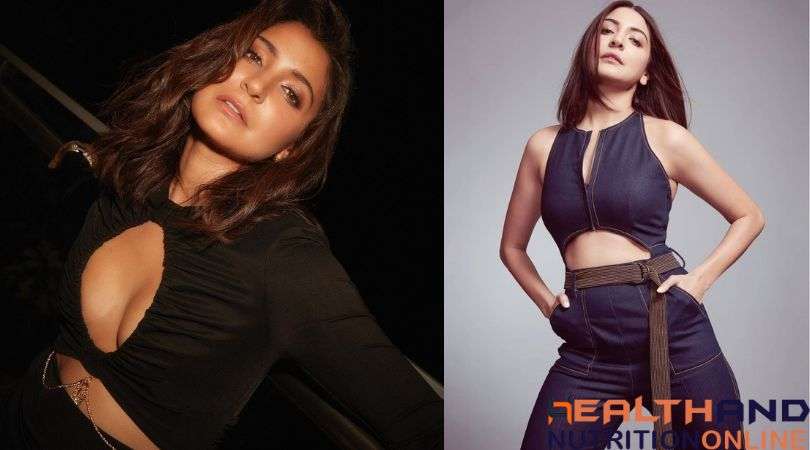 Get all the details of the Indian actress and film producer Anushka Sharma’s workout routine and diet plan, and find out how she maintains her lean and toned physique all year round.

Anushka Sharma was born on May 1, 1988, in Ayodhya, Uttar Pradesh. She started her career as a model and she had her first modeling gig with a fashion designer called  Wendell Rodricks. She then later joined the acting industry and made her first acting debut along with Shah Rukh Khan in a successful romantic film called Rab Ne Bana Di Jodi.

However, it is not only her fantastic acting that impresses her fans but also her gorgeous lean, and athletic physique that inspires most of her fans to hit the gym. And a lot of her fans are willing to know about her fitness regime.

So if you’re one of her fans with the desire then you’re on the right post because in this post we will be giving you all the details about Anushka Sharma’s workout routine and diet plan that allows maintaining a lean and toned physique throughout the year. Just keep reading on. 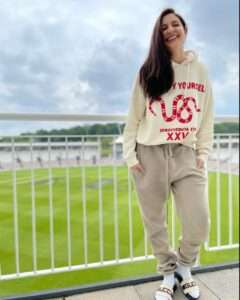 To maintain her lean and athletic physique, Sharma depends on a workout routine that consists of different training styles like yoga, cardio, resistance training, and dance. She also practices meditation for her mental health.

Anushka Sharma’s workout routine is mostly all about mixing different training styles and focuses on a full approach to staying fit. Her training routine includes the following training styles;

Sharm praises the benefit of performing yoga. She even went ahead to say that yoga not only improves her physical well-being but also works great for her mental health in a positive way.

Sharma performs the following yoga poses to maintain her slim and toned physique;

Sharma also says that performing the above-mentioned yoga poses improves her body flexibility and agility. So if you also desire a body like hers you should consider adding yoga to your workout routine.

It is not a secret that most Indian movies contain dancing scenes and performing this kind of killer dance moves takes a lot of work and fitness.

This makes dancing one of Sharma’s favorite exercises and you can witness that when she is showing amazing dance skills in most of the different Bollywood films. She dances for at least 15 to 30 minutes a day to maintain her lean physique.

Sharma is not a big fan of weight training but she still does it 3 to 4 days a week to tone up her body appearance. During her weight training sessions, she lifts light to moderate weights and ensures to perform a higher number of reps ranging from 15 to 20 reps.

She performs the following exercises during her weight training sessions;

On some days when she can’t access the gym, Sharma prefers going for a walk to keep her body active and fit.

Sharma relies on cardiovascular exercise to burn excess fat from her body. This allows her to maintain a lean and toned figure. She includes the following cardio exercises in her routine;

Sharma has always had daily hectic days and we all know the stress that comes with hectic schedules. To manage such issues she likes including meditation in her daily routine.

Performing meditation not only helps her lower her stress levels but also keeps her mental health in check. So she performs meditation two times a day in the morning when she wakes up and before going to bed. 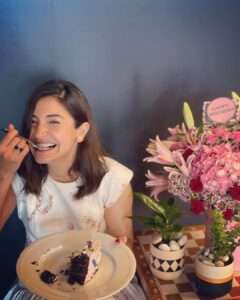 Sharma has never been out of shape because she pays close attention to what she feeds her body. And this dedication is witnessed by her lean and slim physique appearance.

But this doesn’t mean that she follows some crazy crash diets and food fads. she does not believe in such diets. Her approach is all about eating as healthy as possible.

Anushka Sharma eats around 4 major meals a day, and she ensures she has a balanced diet in each of her meals which consists of a high protein portion and a low portion of carbs.

Below is Anushka Sharma’s diet plan in detail;

Sharma drinks plenty of water throughout the day to keep her body hydrated and flush out toxins from her body system.

Well, that’s all we have for you about Anushka Sharma’s workout routine and diet plan. If you want to have the same lean and slim physique as her, consider using this post as a reference to structure your own workout and nutrition plan based on your fitness level and training experience.

If you’re done with structuring your fitness routine another thing you should consider is staying consistent with both your workout and diet plan because that is the only way you will be able to see results from your hard work.