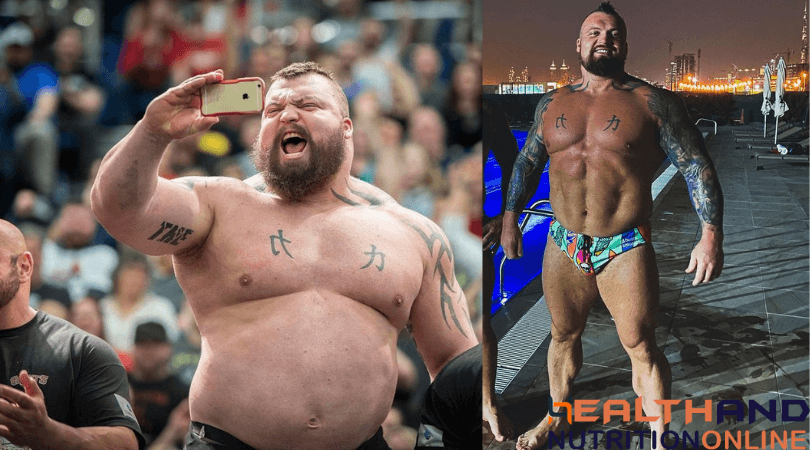 Grab all the facts about a British former professional strongman and actor Eddie Hall’s weight loss, get to know about his workout routine and diet plan, and also see his before and after pictures.

His full name is Edward Stephen Hall he was born on January 15, 1988, in  Newcastle-under-Lyme, Staffordshire. During his teenage age, he was a competitive swimmer. He attended Clayton Hall Academy and was expelled at the age of 15.

Eddie started working as a mechanic in the garage at Robert Wiseman Dairies site in 2008. This is where he started training and competing as a bodybuilder.

Apart from winning the World’s Strongest Man title in 2017, Eddie Hall’s weight loss is also trending on the internet and most of his fans are having questions like why did Eddie Hall lose weight, what do Eddie Hall’s workout routine and diet plan look like,

If youre one of his fans with these same questions then stick around because I will be answering all the questions about Eddie Hall’s weight loss from his diet to his fitness routine.

How Did Eddie Hall Lose Weight?

While competing in the World’s Strongest Man, Eddie Hall used to weigh 200kg but from then he has almost dropped 50kg to prepare for his boxing match with his fellow Strongman Hafthor Bjornsson. But how did he lose the weight?

Firstly, Eddie Hall started by cutting his calorie intake from 12,000 calories a day to 7000 calories. He stopped consuming junk foods and started eating healthy with foods high in protein to preserve his muscle.

As we all know if you want to lose weight the first thing to watch is your diet because it plays an 80% role in your weight loss journey, so Hall had to eat in a caloric deficit to reach his weight loss goal.

Secondly, Hall went on an intense workout program focusing mainly on improving his boxing skills and getting stronger. He was working out five days a week working his full body including his chest, and arms, and improving his deadlifting potential.

Eddie Hall was using swimming and walking as his cardio, sometimes he could go for a jog but not the intense one in order not to lose too much muscle.

Basically, Eddie Hall’s main reason for his weight loss was to prepare himself for the fight with Hafthor Bjornsson which was to take place in Dubai.

Also read about; Jaden Smith’s Weight Loss, His Workout, And his Diet Plan 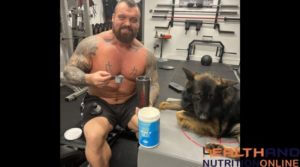 He works out five days a week and takes a 2 days rest, below is what Eddie Hall’s workout program looks like.

That’s all I have for you about Eddi Hall’s weight loss workout routine, 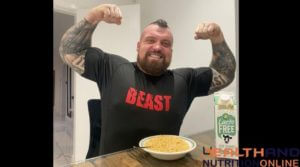 When he was preparing for the boxing match between Hafthor, Eddie Hall had to cut his calories from 12,000 a day to 7000 calories.

Eddie Hall’s breakfast includes a steak and five scrambled eggs plus a glass of water and orange juice. His lunch includes two large pieces of chicken, rice, and vegetables. He then snacks with granola with manuka honey and chocolate.

Then lastly for dinner Eddie Hall eats a large portion of chicken with potatoes, vegetables, and asparagus. Before he goes to be Hall snacks on granola, honey, and yogurt.

Eddie Hall’s weight loss happened because of the boxing fight he was preparing for with his fellow strongman Hafthor in Dubai, although he lost the fight, his physique didn’t stay the same he looks healthy and fit.

So if you also want to lose weight you must have the reason why you want to do it that will help stay on track and keep you motivated until you reach your goal.

How to Get a Smaller Waist and Bigger Hips?

Raven Symone’s Weight Loss in 2022, Her Workout And Diet Plan

Best Peloton Core Workouts for Beginners, Everything You Need To Know.