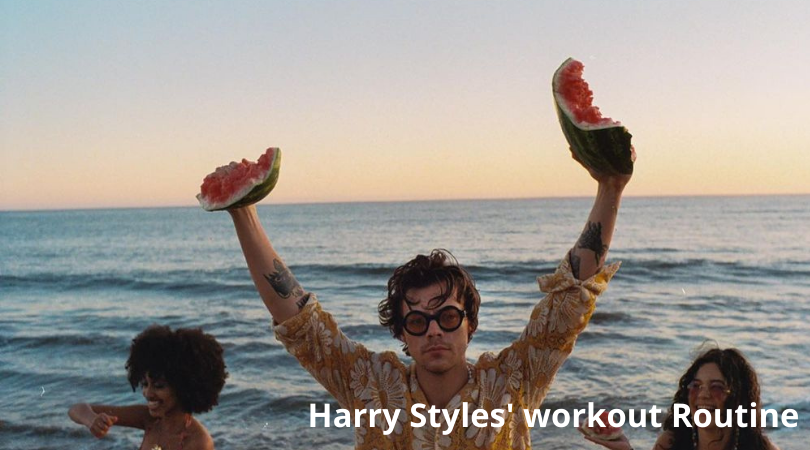 Grab all the details of the English singer, songwriter, and actor Harry Styles’ workout routine and diet plan, learn how he keeps his well-formed body throughout the year.

His full name is Harry Edward Styles born February 1, 1994, in Redditch, Worcestershire, England. He started his musical career as a solo contestant in the British music competition television series called the X-Factor in 2010.

He was unfortunately eliminated from the competitions, but later he was brought back as a group formed by Simon Cowell which was named One Direction. This group became one of the best-selling boy bands of all time.

He has also appeared in films like Dunkirk, a war film that was produced and directed by Christopher Nolan.

Apart from being famous for his promising singing and acting career Harry has also got the public attention with his well-formed physique and a lot of his fans would like to know how to get a physique like his, what do his workout routine and diet plan look like?

If you are one of his fans asking the above questions or someone looking for a guide that can help you get lean like Harry Styles then you’re in the right place.

This guide will provide you with all the necessary workout routines and diet plans you can follow and in no time you will have a physique like that of Harry. Let’s get to it. 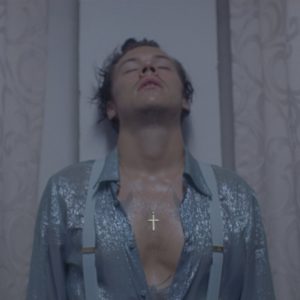 Like all performing Artists, their life involves performing on different live shows and this can be very tiring. This is exactly what also Harry goes through most of the time he has to perform and do different tours around the world.

But despite his hectic life Harry still finds time to work out and take care of his body. In Fact, sometimes he works out at midnight if that is the time he is able to get. This really shows how dedicated he is to his fitness life.

Harry Styles exercises 5 to 6 days a week with his trainer Ben Bruno. And they mainly focus on cardio, weight training, and Yoga. Let’s break it down one by one.

Cardio workouts are very good at helping our heart’s performance and they help in burning excess fat. One of Harry’s workout routines is cardio and his favorite cardio exercise is running.

He prefers running in the morning with his set of headphones listening to some music and he usually runs for 30 to 40 minutes.

If you also want to shed off some excess fat you can start running but start with 10 to 30 minutes a day and keep on graduating as you get comfortable. Or you can do other cardio exercises like jumping rope, swimming, etc.

When you look at Harry you might not fail to see how lean and ripped he looks though he is not bulk like the bodybuilder competitors he has a decent normal lean body that shows that he includes weight training in his training program.

Harry Styles together with his trainer Ben Bruno their weight training program involves working out the upper body and the lower body.

Here is how they break down the sessions: they perform the below exercises 3 sets of 8 to 12 reps. And they rest for 30 seconds in between each set.

There you have it you can also include these workouts in your weight training if you like and make sure not to take too long rest periods in order to keep the intensity of the workout.

Harry styles work out his core 3 sets for 30 seconds each workout, he takes a resting period of 10 to 20 seconds between sets. The workouts that he performs are;

Most famous people perform Yoga because it helps them to improve their physical and mental health. Harry Styles also performs yoga despite his busy schedule for at least 30 to 40 minutes a day. 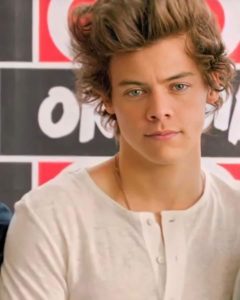 Harry Styles includes things like fish and eggs in his diet, but he avoids eating meat. He avoids meat because he cares a lot about animals and for his health reasons.

He also takes a lot of water which helps his body absorb nutrients and gets him through his workout.

Harry Styles’ fitness lifestyle is inspiring to anyone with a hectic and busy schedule despite his busy life Harry Styles still puts in the work and achieves his dream body.

So what excuse do you have for not working out? You can create time however busy your schedule might be. As long as you have a dream you can do it.

Hi, there my name is Kim, am the founder of healthandnutrionoline.com. The reason why I started this blog is that I like learning and sharing about fitness and healthy living. I hope you find some value in the information I provide and wish it can help you on your weight loss journey or fitness journey. You can contact me using this Email: [email protected]