Scott Stallings’ Weight Loss, His Workout, And Diet Plan in 2022 Grab all the details of the American professional golfer Scott Stallings’ weight loss, learn about his workout routine and diet plan, and look at his before and after pictures.

On March 25, 1985, Scott Stallings was born in Worcester, Massachusetts. He is an amazing golfer who plays on the PGA Tour. Scott made his first trip to the PGA Tour’s Qualifying School in 2009 where he missed the PGA Tour by only one stroke. But his finish enabled him to get status on the Nationwide Tour.

He has won different Tournaments during his golf careers like The Greenbrier Classic in 2011, The True South Classic in 2012, and The Farmers Insurance Open in 2014.

So if you’re one of his fans with the same questions then stick around for some time because I will be answering all the questions about Scott Stallings’ weight loss from his diet plan to his fitness routine. 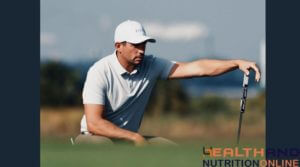 During an interview with si.com, Stallings opened up about the reason why he lost weight. He said he was having trouble sleeping at night so he decided to visit an allergist.

This was when Scott Stallings was informed that he had obstructive sleep apnea. The allergist advised him to lose some weight and start eating healthy so that he can cure the sinus problem which was causing sleep apnea.

In the same interview Scott Stallings admitted that he was not eating healthy and he was not doing any exercise, he said he used to drink 12 Dr pepper sodas a day, and he was surprised that he did not get diabetes.

After his doctor’s advice Scott decided to change his lifestyle he cleaned his diet and started eating healthy he also started going to the gym. But before all of this, he called his wife and told her he is going to change. In his own words Scott said;

“I called my wife in the Uber going to the hotel and I said, the man that you know now, and I apologized to her for this spot that I put myself in. And I said, “I’ll make a change.” I don’t know how long it’s gonna take, but I said, “you won’t see this guy anymore.”

Scott Stallings work hard and after a period of two years he lost 55 pounds of weight and he feels so good and healthy than he used to feel before. He said he is trying to find the best version of himself every day. 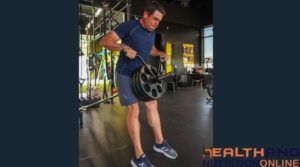 He performs his workout at a very high intensity with short rest periods. Here is Scott Stallings’ workout routine;

These exercises help Scott Stallings to train for the explosive power that he uses in the golf swing. They also help him burn calories and build muscle which led to weight loss and a nice body physique that most of his fans admire.

Scott Stallings’ diet plan is not yet shared on the internet but we assume he eats food high in protein like eggs, fish, and chicken, he also eats some carbs and fat but in moderation to balance his micros.

But if you’re also on a weight loss journey and you have no idea which diet plan you can follow, you don’t have to worry about it because I will be giving you a simple diet plan you can start following today and see results shortly if you stay consistent. Here it is;

That’s all I have for you about Scott Stallings’ diet plan.

Scott Stallings’ weight loss is inspiring to anyone who wants to better their life as he did because after having trouble sleeping he realized he had to do something about his health and he was successful after working hard and staying consistent.

So if you also want to lose weight you need to work hard and stay consistent because eventually, results will come. And remember losing weight takes time so you need to be patient.