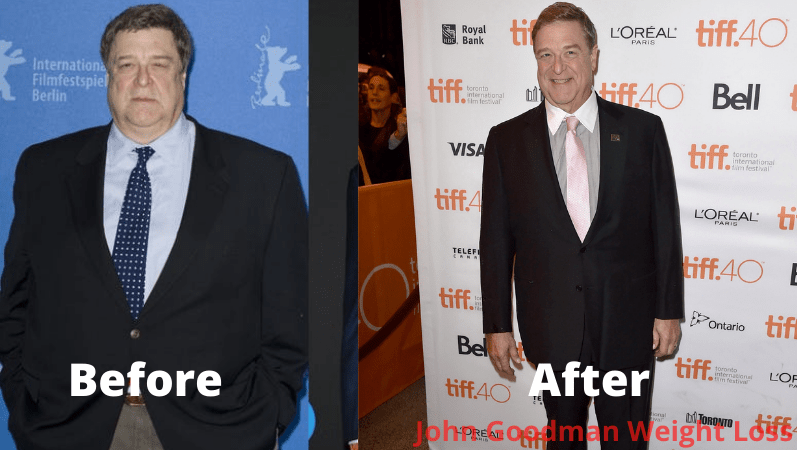 John Goodman Weight loss story inspires those who have a similar situation. The actor’s incredible weight loss is the result of avoiding drinking, sugary food, changing his diet, and also getting help from a personal trainer. Goodman lost approximately 100 pounds and continues to maintain a healthy life.

John Stephen Goodman is an American Actor who played Dan Conner on the ABC television series Roseanne. He also won a Golden Globe award for this Character. He is 68 years old. He is also a film and stage actor. He appeared in several movies which contribute to almost 50. Additionally, he has won two American Comedy Awards and hosted Saturday Night Live fourteen times.

Besides his, incredible acting skills, he also surprised his fans with weight loss. Once he was 400lbs and wasn’t in a healthy living style. However, he worked on his health. His friends and family use to make a joke about his health in a light way saying that his large frame was causing furniture to break. John Goodman’s weight loss is not only an inspiration for the people of his age but also the young people. So let’s get into detail and discuss how he was able to lose weight at the age of 68.

John Goodman Weight loss- What inspired him to lose weight?

John Goodman’s weight loss was very effective. In 2011, the actor started following the Mediterranean diet quitting alcohol. Talking to AARP about his motivation to start weight loss, he said,

“I was in pretty bad shape when I left Roseanne, to be honest. I had a lot of resentment. I just didn’t care. It was a terrible character fault of mine. I always wanted more of something. There was an emptiness inside me. I still have it, but I know what it is now. You recognize it and go, “There it is.” You don’t have to fill it with another pork chop or a drink.”

Indeed, he was missing something, he realized that its alcohol, sugary drinks, and unhealthy food that makes him empty from inside. He wanted to change things badly. However, he was not able to recognize what it is. He has always been very open about his alcoholism and unhealthy lifestyle. And that gave him a reason to start weight loss.

According to his personal trainer, Mackie Shilstone he took John to the cemetery in New Orleans one day and asked him to dig his own grave, saying that he already has one foot in the grave. That was a wake-up call for John Goodman Weight loss.

How Did John Goodman lose weight? 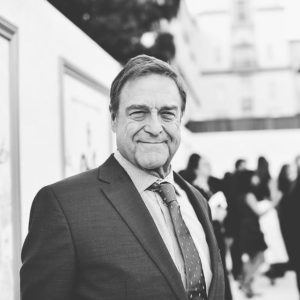 Since John Goodman has realized that he is involved in unhealthy activities. The next step was to bring change to his lifestyle. John Goodman’s weight loss is the result of a change in his diet, and exercise. He said in an interview;

“It was basically just portion control, and ‘I don’t need it. I was just shoving everything into my mouth. But I don’t want to be an example to anybody when the weight comes thundering back on — when I start eating Crisco out of the can with a spoon and a side of confectioner’s sugar,”.

Moreover, back in 2016, he was losing weight he was not sure if he will lose more or would stay off. He was convinced that he will gain weight again. However, his consistent routine of eating healthy food and watching his portion size kept his weight under control

John Goodman Weight loss was not only a result of diet but he also put great effort into his workout. He hired a personal trainer to help him on his journey. His trainer revealed that John took up boxing as a way of letting off steam and let go of whatever was annoying him. John Goodman works out six days a week. Talking to Peter Travers, John said,

‘’ Move, exercise, I am getting to the age where I can’t afford to sit still anymore. It gives me the energy to work because work is very draining. ‘’

He worked six days a week and now he is consistent in his workout. Moreover, his diet is full of veggies, Protein, Smoothie, and Lean meats. John Goodman’s weight loss workout is regular and he shows commitment towards it.

According to some sources, John Goodman Weight loss was followed by a Mediterranean diet suggested by his trainer. Mediterranean diet includes vegetables, nuts, beans, herbs, whole grains, and fruits. Most of the time meals are made around these plant-based foods. However, a moderate amount of dairy, poultry, and eggs are also included. It is a very healthy diet. Most sugary foods are not allowed in the Mediterranean diet. Refined grains, pizza dough, white bread, pasta, refined oil such as soybean oil, deli meat, hot dogs, and other processed food are exempted from the Mediterranean diet.

Indeed, John Goodman’s weight loss diet plan was very healthy. This helps him to control his daily intake of food. He uses to eat a lot of food. However, his trainer helped him to control his food intake. Daily intake of a healthy diet, and consistently work on a healthy diet. Though it was tough to change his lifestyle and routine. But he achieved it with consistency and motivation. Now he continued his consumption of a healthy diet, and proper workout and exercise to maintain his weight.

How much his Alcoholic habit troubled him with weight loss?

On many occasions, John Goodman talked about being an alcoholic, and how much trouble he faces during his life. He uses to drink a lot. Later he realized that this habit of alcoholism is very harmful to his health and also weight. Therefore, he quitted alcoholism for the better. He once said,

“I was drinking at work and [Barr] was scared for me,” Goodman added. “I was ashamed of myself, but I couldn’t stop.”

Even the attributes his weight gain to drinking. In 2018 giving an interview to Hota Kotb he said,

He also remembers when he was awarded Emmy awards and the situation due to drinking got worse. He remembers,

“I had to go accept an Emmy award, so I missed the rehearsal because I was drunk. And then by the time Sunday morning rolled around I was shaking; I was still drinking, but I was still shaking.

Consequently, there were many occasions in his life when he felt ashamed of drinking. However, when he got sober. He started changing his habits. Now John Goodman’s weight loss journey is an inspiration for people with too many drinking habits. They can also change their habits and living styles. 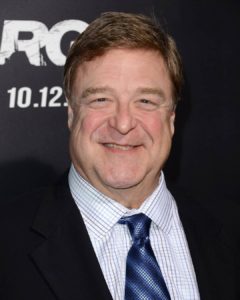 John Goodman Weight loss journey is very motivating for those who are addicted to drinking. Consumption of Alcohol is not very healthy. Limited intake of alcohol is not very dangerous. However, if it crosses the limits. It causes a lot of trouble and one of them is Weight gain.

Following are the tips that we learned from John Goodman Weight loss;

‘’I think you’re trying to fill a hole that can’t be filled unless it’s filled with goodness or some kind of spirituality—not to say religion, But instead of filling it with booze or cocaine or food, you just acknowledge that it’s there. You can’t fill it, and you go on.”

Indeed, people who are overweight and obese will have something missing. They struggle to lose weight is real, and living with obesity is not easy at all. It is unhealthy. Moreover, it is very tough to breathe, move and do things on your own. However, John Goodman Weight loss is the inspiration for people drinking alcohol and are overweight.

He even didn’t want to work on his weight, but his trainer made him realize that it’s healthy for him living with weight. He motivated him to lose weight. You can also get motivation from these inspiring stories. And work on your weight. It’s not simple but it’s not impossible. Once you start a healthy diet and exercise, it becomes a habit for a lifetime.

You will like reading about; TJ OTT Weight loss