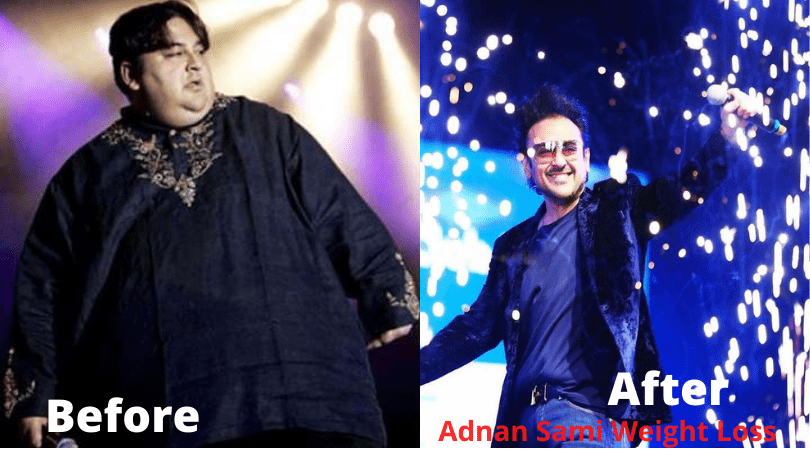 Adnan Sami Weight loss will make you go ‘’ Wow’’ Is that real? As the singer has reduced weight from 230kg to 75 kg within a short span of few months. He give the credit to his strict diet and exercise regime. If anyone of you have known him before, he was a hugely fated person. His diet included all the sugar, lots of carbs, and fats. However, with the help of his nutritionist, he was able to manage low-calories food. His new diet plan helped him to lose weight with healthy protein.

Adnan Sami Khan was born on 15 August 1971 in Lahore, Pakistan. Later, he moved to India and now he is an Indian nationalist. Adnan Sami is a great singer, musician, pianist, and music composer. He performs both western and Indian music. His personal life is very interesting, as he got married three times. One in Pakistan and he has a son. And two marriages in India. If you google his previous pictures, you would not believe your eyes. He had a huge transformation from being a fatty guy to a smart and handsome-looking young man. If you watch one of his YouTube Videos from 2011, you can see his chunky and healthy body. And the watch is a song in 2016, you will see a huge difference. He looks younger and fresh.

Meanwhile, his fans were surprised to see a huge change in his body. And everyone was curious to know about Adnan Sami Weight loss Journey. So let’s dig into the story, and reveal his secrets for weight loss.

How was Adnan Sami’s life before His Weight loss? 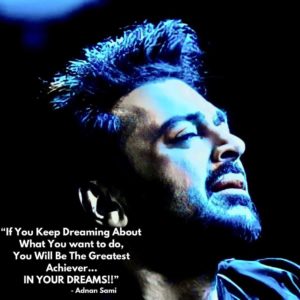 Adnan Sami has a very interesting life story. He was born in Pakistan, raised in the United Kingdom, and spend his life in Canada and India. He moved to India to boost his singing career as a musician. A review in the US-based Keyboard magazine called him the fastest keyboard player in the world and called him the keyboard discovery of the nineties. All those years, he gained weight little by little. At some point in life, he was among the overweight and obese singers. The traditional food of India is rich in calories, and sweet which added more weight to his body. However, he continued his career as a great pianist. He was never worried about his weight until he reaches a point where he struggled with sleeping and even walking and moving. In one of his interviews in 2012, he said,

‘’I was completely unapologetic about my size. I never cared about it.

How much Did he struggle with his Weight?

Adnan Sami Weight loss has been a struggle for him which he often talks about. He posted his old picture on Instagram and wrote;

Today is #AntiObesityDay… Please look after your health… It’s not because of ‘looks’ but for a good & healthy lifestyle or else you may balloon into these photos & life becomes very difficult. You may think it’s ‘cute’ but it’s a very difficult existence.
‪Believe me- I KNOW!

Consequently, Adnan Sami Weight loss did not happen overnight, however, what he achieved within a short time is admired by all his fans. It was a matter of life and death for him, therefore, he had decided to lose weight.

How did Adnan Sami gain All that Weight?

Adnan Sami was not fat and chunky from the beginning. He gains weight little by little. He believes that it’s only his love for food that added extra weight to his body. He tells often that he use to play polo game and squash when he was active. However, when he started consuming brownies and donuts, the trouble started there. In an interview when he was asked how he gains weight, he responded,

‘’It was because of food, and my love for food. There is no other question about it.’’

However, his nutritionist from Houston realized that he was an emotional eater. He eats when he was sad, and also eats to celebrate his happiness. Though Adnan Sami struggled with many things in his personal life. And Experts believe that besides food, stress is another reason for his weight gain. He has faced turmoil in his personal life. Due to his weight, he was not able to breathe and faced problems in his life. He also used a walking stick to move around. His drivers were given the training to assist him to sit in the car. Adnan Sami’s weight loss was a result of his father’s continued insistence. As he said, his father personal surgeon told him in front of his father, that he would not live more than six months. Adnan Sami said to reflect back on his motivation for weight loss and said,

‘’Mr. Sami according to your results, I wouldn’t be surprised if your parents found you dead in a hotel room for six months now. That was my wake up call. ‘’

How Much Weight Did He lose? 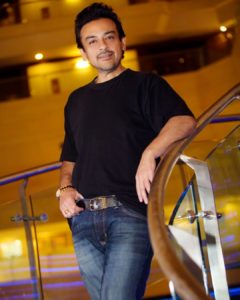 Adnan Sami Lost 230kg to 75 kg within short six months. It’s a great motivation and inspiration for people who struggle to lose weight. His weight loss was a result of both a diet plan, workout, and also intermittent fasting.  He started with a diet plan which his nutritionist has prepared for him. Later he moved to India and started the workout. The reason for Adnan Sami’s weight loss was his first-time attempt to lose weight to which his body responded quite quickly. He never had attempted to lose weight in his life. This was his first time working on weight loss which showed full results.

How did Adnan Sami lose weight? 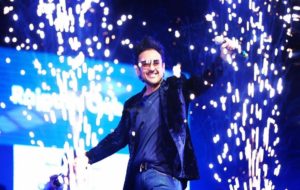 Adnan Sami Weight Loss is a journey where his nutritionist helped him a lot. After meeting with the doctor, he hired a nutritionist. The nutritionist observes his body and food consumption and made a proper customized diet plan for Adnan Sami. The nutritionist puts him on no sugar, no oil, no white rice, and cut off all high calories food. His normal routine was sugar-less tea in the morning. Vegetable and grilled fish for launch and homemade popcorn without sugar and oil. And in dinner grilled chicken. He lost 40kg weight within four months. He followed the 16 intermittent fasting program, where he took his first meal at 12, and dinner at 8 pm. Though, one can consume sugarless tea within the food break in intermittent fasting. For four months, he continuously worked under the guidance of his nutritionist. He made no mistake under his nutritionist guidance.

Besides, Adnan Sami’s weight loss results amazed everyone in his family, and he was admired for his hard work, and for giving time to his personal life leaving his career aside.

Adnan Sami Weight loss experience is incredible, after he moved to India from Houston he didn’t stop. He worked with one of the best fitness trainers in Bollywood. Prashant Sawant has trained many Bollywood superstars. Prashant Sawant knew what was required for Adnan Sami’s weight loss. He started with walking and moved him to stamina building with lightweight exercises. He moved him to the treadmill and later started with a total workout plan. Which included cardio and strength training for an hour. It all went smoothly. One of the benefits of working under a fitness trainer is that he makes no mistakes. The trainer knows what is required for his client, and works according to the body requirements and functions. It helped Adnan Sami in total transformation, and he lost huge fat from his body.

Indeed, Adnan Sami Weight loss is a great achievement for himself. He often posts on Instagram and makes a joke about his health. Recently he posted on Instagram a picture of him after and before, and wrote, 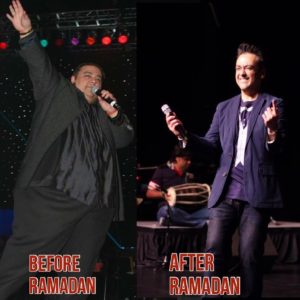 ‘’The moment you troll yourself. ‘’

He often remembers his journey and reminds himself of his efforts to lose weight. As he posted his old picture with the latest one and added in the caption;

Also, It is important to remind oneself that your journey might not have been so easy but it’s an inspiration and motivation for others to follow. To let others know that they can also challenge themselves to lose weight, and look amazing like Adnan Sami, Nathan Fillion, Nigella Lawson, and many other celebrities.

Adnan Sami Weight Loss is an inspiration and motivation for many people. He showed the world that nothing is impossible if you are committed and consistent. Despite, troubles and difficulties in his life, he realized that he can lose weight. He did not felt helpless or hopeless, even when the doctor told him he is left with few months to die.

Indeed, He hired the best nutritionist, and also fitness trainer to help him formulate the best diet plan and workout routine. He took it seriously and worked with great effort. It was not easy for him to change his routine, and habits. He loved food whether it’s his stress moments or happy moments. Therefore, he also gained weight.  It wasn’t easy for him to build another routine, and rely on the less delicious food but he did because he understood the importance of a healthy life.

Meanwhile, Adnan Sami Weight loss journey teaches us that weight loss is important for a healthy life. It is not only to look great but also to live a normal life. Another important factor is that under the guidance of a trainer and nutritionist it becomes easy to figure out things.