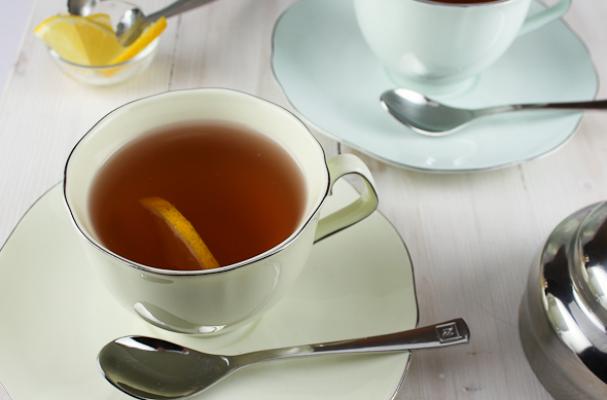 Diabetes is one of the diseases that most of the human population suffers from today. The disease is nicknamed the ‘silent killer’, because sick people are often not diagnosed with diabetes.

Quietly and almost seamlessly disrupts the normal course of a patient’s life, and when he already realizes he has a health problem, he is no longer able to lead a normal life as before.

It adapts to new habits, a dietary regimen for diabetics, as well as therapy for appropriate medications.

In the age of modern pharmaceuticals, we often forget about additional natural remedies such as diabetes teas.

These hot drinks can greatly improve the condition of diabetes patients and reduce symptoms.

Choose your favorite flavor and consume it regularly.

After a while, you’ll be delighted with the results.

TEA AS A NATURAL CURE FOR SUGAR DISEASE – DIABETES

Various plant products work well in the prevention and treatment of diabetes.

They are consumed in different forms, and the most beneficial is tea for diabetes.

Use dried parts of plants (leaves, fruits, flowers…) or filtered tea bags. Tea is topped with boiling water or the ingredients boil in water.

White sugar and honey as sweeteners are not recommended. Only artificial sweeteners are allowed for diabetes patients, which can be found in health food stores.

In the text, we will specify some supplements that will make teas tastier than they are, and those completely tasteless – an ideal drink for every day.

Some of the plants used to make teas for diabetics may affect regular therapy with medicines, so it is necessary to consult with the selected physician about tea selection.

For example, some species contain caffeine, which can shake and wake you up, but also excessively increase already high blood pressure, which can be very dangerous in combination with other symptoms of diabetes.

Most teas don’t contain fat, protein, or fiber. Many species don’t even have carbohydrates in them. They usually have low energy value.

The presence of sodium, magnesium, calcium, and potassium in teas has been recorded.

Caffeine may also be present.

EXAMPLES OF TEAS FOR DIABETES 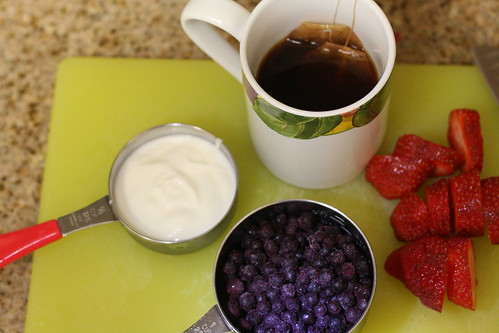 The healing parts are root, leaf and fruit. Root and leaf are usually harvested before the fruits mature, and the fruits themselves are later dried in the sun.

Convincingly, it gives the biggest effect to diabetics who don’t depend on insulin.

The reason blueberries are effective in treating diabetes is hidden in an ingredient called glucokinin.

Thanks to it, these berries bring sugar back within normal limits. 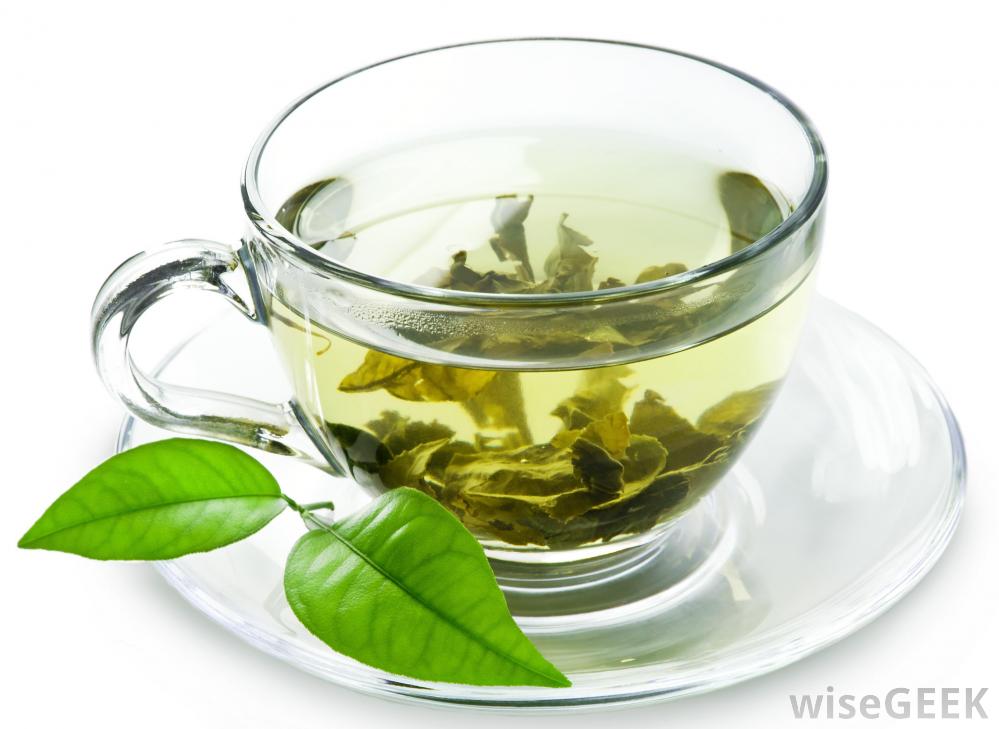 In addition to the many positive effects on the human body, green tea brings good sugar and sugar in the bloodstream.

It reduces the effects of elevated sugar symptoms and slows the progression of diabetes in the patient’s body.

It reduces the conversion of carbohydrates from starch-filled foods, such as potatoes and corn, into glucose.

It prevents deposits from accumulating in the bloodstream, whose deposit increases the risk of heart attack.

Its composition also reduces the risk of developing cancer.

ONE TEASPOON OF LEAVES IS ENOUGH FOR 2L OF TEA. COOK SO MUCH WATER UNTIL BOILING AND MAKE SURE THE WATER TEMPERATURE DOESN’T EXCEED 90 DEGREES. REMOVE THE WATER FROM THE FIRE AND LEAVE IT TO STAND FOR A MINUTE, TO COOL SLIGHTLY. POUR THE GREEN TEA LEAVES INTO A BOWL, WHICH YOU WILL PLACE ON A CUP FROM WHICH TO DRINK TEA. POUR WATER OVER THEM AND LEAVE THEM TO RELEASE THE FLAVOUR. STIR EVERY HALF MINUTE AND TRY TO MAKE SURE THE TASTE SUITS YOU UNTIL YOU FIND THE IDEAL ONE FOR YOURSELF. 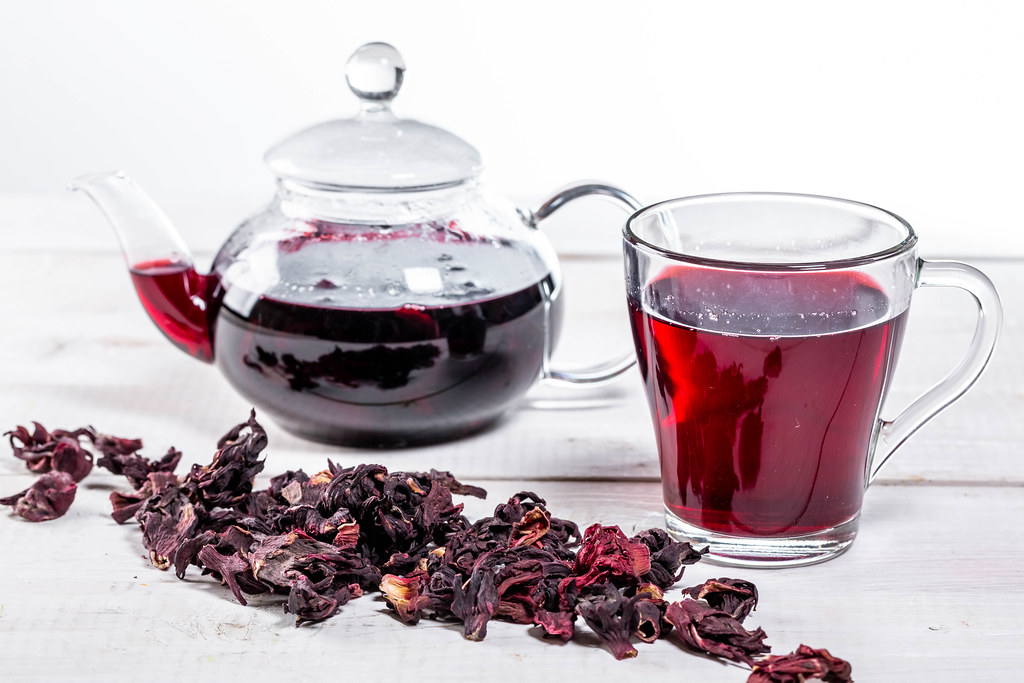 An interesting tea that can regulate sugar very well.

It is rich in vitamin C, minerals and various antioxidants. It has organic acids in its composition, among which are raspberry, wine and citric acid.

It is a popular beverage around the world and is often used for medicinal purposes.

You can drink warm, but also like iced tea.

The taste is similar to cranberry juice, but a little pungent.

3-4L OF BOILING WATER OVER ONE BAG OF TEA. LEAVE TO STAND FOR ABOUT 15 MINUTES, THEN CONSUME. 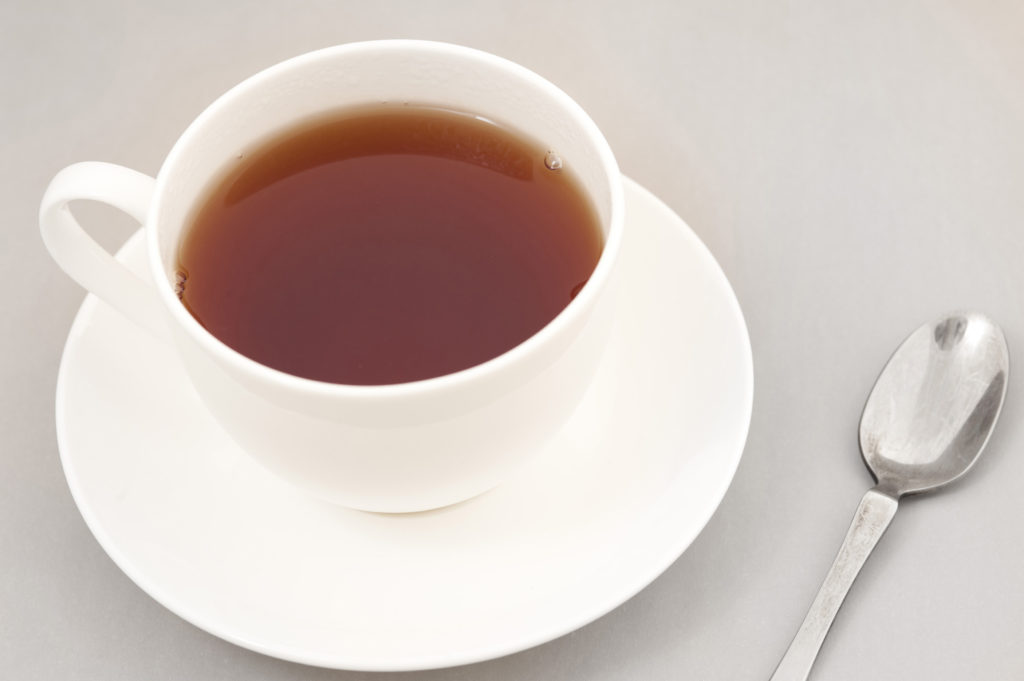 Black tea content is good for controlling and treating diseases such as diabetes.

Regardless of appearance and name, it comes from the same plants like green tea. The difference is that black tea is oxidized through heat and moisture to change color, texture, and taste.

This process removes caffeine from the tea composition.

In addition to successfully regulating sugar, black tea is also known to reduce the risk of developing cancer, as well as to slow the spread of cancer cells.

AT 2.5L OF BOILING WATER COMES ONE TEASPOON OF BLACK TEA. IT STICKS TO A HOT WATER FOR 2-5 MINUTES, DEPENDING ON THE STRENGTH YOU WANT TO REACH. POUR AND DRINK. 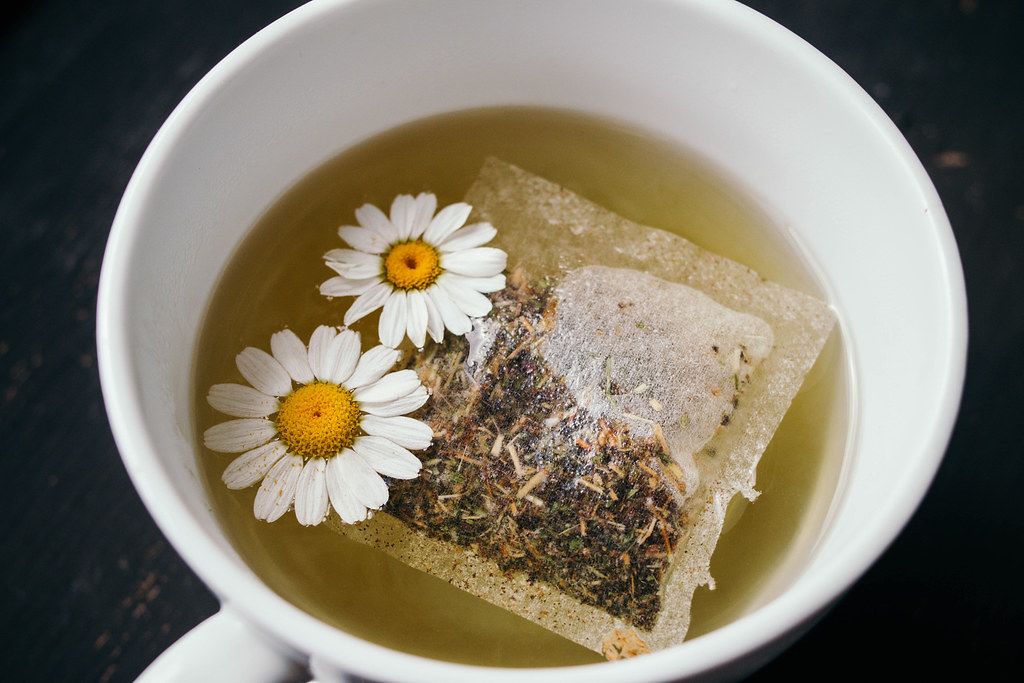 It reduces blood sugar and acts preventively against complications that occur in diabetes patients.

It removes the sugar from the bloodstream and leads it directly to the bladder.

Anyway, after a hard day’s work, nothing calms down and relaxes as much as a cup of chamomile tea.

When researchers gave people with type 2 diabetes to drink chamomile tea immediately after meals three times a day for eight weeks, they found that their levels of insulin, triglycerides, and cholesterol improved significantly.

PUT IT ON THE STOVE TO BOIL 2.5L OF WATER. TOSS IN ONE TEASPOON OF DRY CHAMOMILE BLOSSOMS. SET ASIDE, COVER THE TEA BOWL, THEN DRAIN. TEA IS READY TO BE CONSUMED. 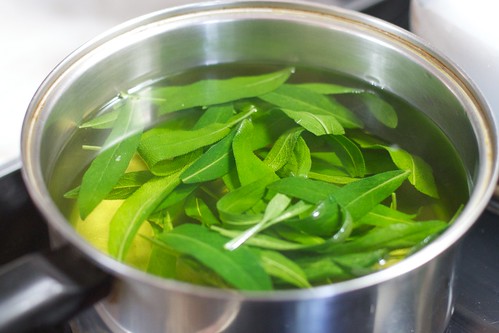 Rosemary is not only used as a spice in the Mediterranean kitchen, but also for medicinal purposes.

Namely, the most active phytochemistry rosemary successfully regulates blood sugar. It’s the same efficiency in both fresh and dried plants.

Its price on the market is extremely affordable, so it’s available for everyone’s pocket.

WHEN BOILING 2.5DL OF WATER ON A BAKING TRAY, ADD A TEASPOON OF ROSEMARY DRY LEAVES. CONTINUE COOKING FOR THREE MINUTES, THEN REMOVE AND LET IT STAND FOR ANOTHER 10 MINUTES BEFORE STARTING CONSUMPTION. 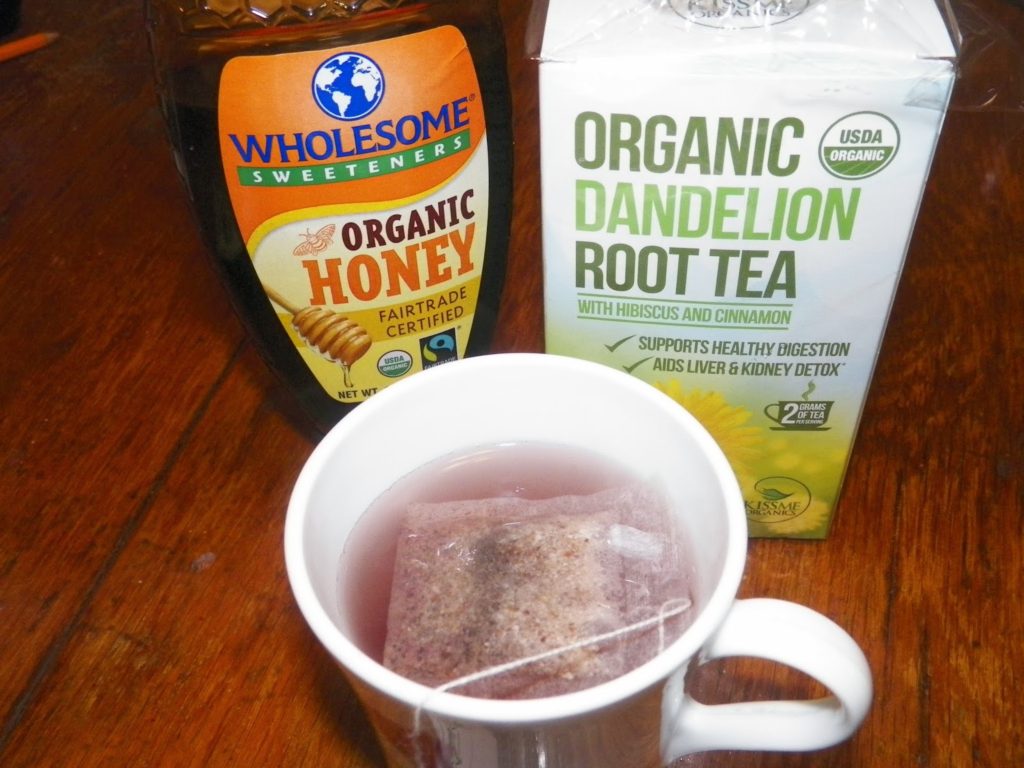 Dandelions can be found all around us and can be used as a tea ingredient for diabetics.

This is not just a weed, but a plant that has wide application, even in the rapid removal of blood sugar levels.

They increase the amount of urine and release excess sugar through urination.

Dandelion also helps with weight loss, which is very beneficial for diabetes patients.

POUR 60G LEAVES AND DANDELION ROOTS INTO 1L OF BOILING WATER, THEN LET EVERYTHING REST FOR 10 MINUTES. DRINK ONE CUP BEFORE EACH MEAL. 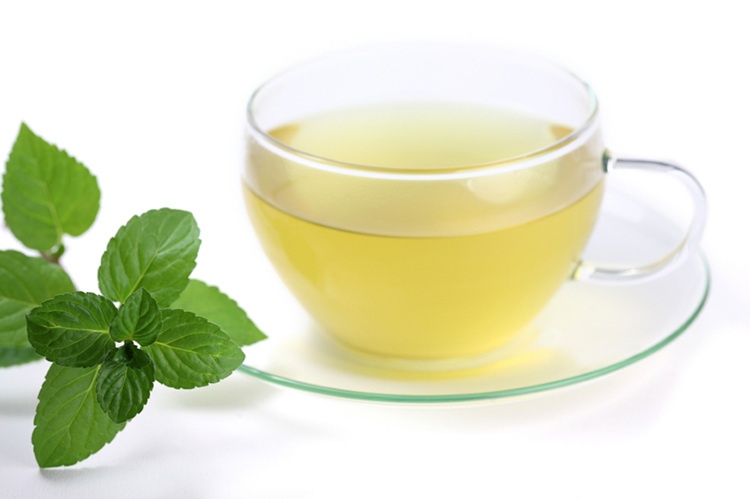 One of the favorites of passionate tea lovers.

It contains natural antioxidants that successfully fight the effects of diabetes, heart disease, aging, and cancer.

After four weeks of effective entry, blood glucose will decrease by about 25%.

POUR 10 LEAVES OF THE DONE OVER THE HEATED WATER. LEAVE TO STAND FOR 10-20 MINUTES. DRAIN IT AND DRINK WARM OR LUKEWARM.

SUPPLEMENTS FOR TEAS THAT REGULATE SUGAR IN THE BLOODSTREAM

Cinnamon is known as a natural remedy for sugar disease and is great against high sugar.

It is packed with phytonutrients, which reduce anxiety and affect the loss of excess body weight by lowering cholesterol and speeding up metabolism.

Through liver enzymes, it suppresses genes that encourage inflammation of blood vessels and the burning of undesirable substances in the bloodstream.

Cinnamon has a naturally sweet taste, which doesn’t have a bad effect on sugar disease, so it’s a great addition to teas for diabetics.

It works beneficially in diabetes-induced retinopathy, which occurs as a complication of sugar disease.

This effect is achieved by high concentrations of acids, which successfully remove excess glucose from the blood.

You can add it to your tea with a squeeze or slice.

If you’re a fan of fruit flavors, feel free to add fruit juice to your tea, without added sugar or other additives.

You can sced the fruit yourself and add it to a cup of tea. You’ll get a very interesting taste.

Instead of full-breasted, cow’s milk, feel free to add a few drops of coconut or almond milk to your tea.

These types of milk can be found in health food stores or better-supplied markets.

WHAT’S IMPORTANT TO REMEMBER ABOUT TEA CONSUMPTION IF YOU’RE DIABETIC?

It’s important to talk to your doctor before you start drinking teas to check your blood sugar.

Perhaps the current therapy is enough for you and the consumption of tea can only create negative effects.

If you get the green light from an expert, you’re free to drink herbal teas.

It is important not to stop consumption, because over time positive effects appear.

The inclusion of tea in your regular diet will positively affect the health of the whole body.

FIGHT SUGAR DISEASE – DIABETES WITH A CUP OF HOT TEA

Natural ingredients that can serve as the basis for a delicious and warm beverage are a great way to recover.

The wondrous world of teas is always full of surprises when it comes to the benefits of human health.

Tea can have a relaxing effect, but it can also be an excellent source of energy.

In any case, it is a drink that you are guaranteed to enjoy on a daily basis and, in addition, successfully get in the way of diabetes.

HERBS FOR DIABETES: FOODS AND SPICES TO FIGHT DIABETES……

HERBS FOR DIABETES: FOODS AND SPICES TO FIGHT DIABETES